If the construction company for which you work depends on hydraulics to operate its heavy machinery, a problem with the system could bring normal operations to a screeching halt. If you are responsible for maintaining the equipment, be on the lookout for the following four signs that the hydraulic system is in need of repairs.

Strange Noises While the Pump Is Running

Normally, the only sounds you should hear coming from the equipment's hydraulic pump is a low buzzing or whining noise. This sound is made when the pistons inside the shafts flow effortlessly through the fluid.

However, if you begin hearing loud knocking or banging noises each time the pistons travel through the chambers, this could be an indication that air leaked into the system and has contaminated the hydraulic fluid.

One possible cause of air contamination is a leaking seal. Or, something may have penetrated the system and created a hole into which the air can travel.

When any air becomes trapped in the fluid, the motion of the pistons starts creating a foam. Once the fluid gets foamy, it is no longer able to fully lubricate the chamber's interior. This could result in a change in pressure or fluid temperature, as discussed in the next two sections.

If you start hearing unusual noises coming from the hydraulic system, check the pressure gauges to make sure the needle falls within the normal range. When the pressure is at its optimal level, this means the fluid levels are normal.

However, if you see erratic readings where the needle fluctuates rapidly between high and low pressure, something else may be happening within the chamber. If one area's pressure is too high because of trapped air, the fluid's viscosity becomes uneven. This creates an imbalance of pressure within the hydraulic tube.

Because one area of fluid has higher pressure than another, the fluid where the high pressure is occurring is forced into the area of low pressure. This creates an increase in friction, resulting in extreme changes in the fluid's temperature.

If the fluid's temperature becomes too high because of uneven pressure, as covered in the previous section, the fluid may become too thin to fully lubricate the internal chamber. This then increases the temperature of the fluid even more, increasing the risk of the fluid melting a seal. It could also cause a further increase in pressure, potentially blowing a gasket off the chamber.

In contrast, if the temperature drops below the 60-degree minimum range, the fluid will become too thick. The pistons will have difficulty pushing through the viscous fluid, slowing the machinery's operations down dramatically.

If you start noticing any of the above signs, your equipment's hydraulic system will most likely cease to operate normally sometime in the near future. To keep the system from breaking down and stalling your factory's operations, contact a machine shop that provides hydraulic services so they can diagnose the issue and make the necessary repairs. 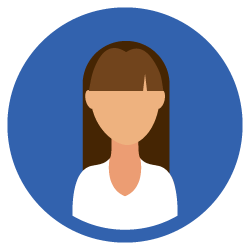 When it comes to taking care of things for your industrial business, you probably care a lot more about getting things done than how you look while you are doing the work. I found myself in this same situation a few months ago, and it occurred to me that to an outsider, our warehouse probably looked incredibly old and dated. But despite our appearance, we had invested in some older equipment that was known for doing a great job, and it really paid off. This blog is all about improving your company manufacturing processes, keeping everyone safe, and choosing function over form when it comes to manufacturing new products.